For example, instead of defining the same firewall rule for each IP address of a subnetwork, you could simply define it for the network object that contains the addresses. 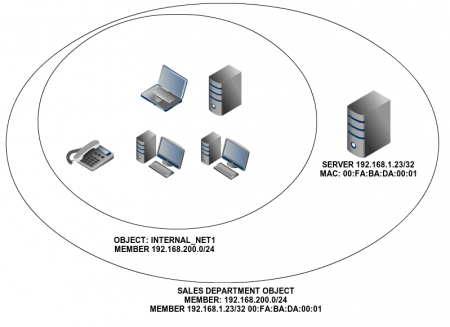 To start working with the Zentyal objects, go to Network ‣ Objects section. Initially you will see an empty list. Once you have created the objects you will see the name of all the objects and a series of actions you can perform on each one of them. You can create, edit and delete objects that will be used later by other modules.

Each one of these objects consists of a series of members that can be modified at any time. The members must have at least the following values: Name, IP Address and Netmask. The MAC address is optional, you can only use it on members that represent a single host (/32). 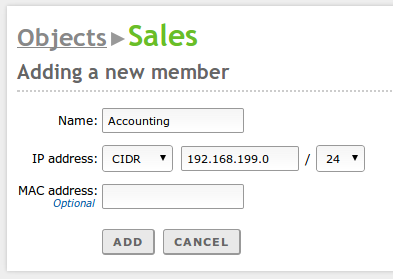 The members of one object can overlap with members of other objects. This is very useful to establish arbitrary groups, but you have to consider them when using the rest of the modules to obtain the wanted configuration and to avoid conflicts.

In some configuration sections of Zentyal, where you can use network objects ( like DHCP or Firewall), a quick embedded menu will be offered, so you can create and configure the network objects without explicitly accessing this menu section.

When browsing, for example, the most usual port is the HTTP port 80/TCP. But in addition, you also have to use the HTTPS port 443/TCP and the alternative port 8080/TCP. Again, it is not necessary to apply a rule that affects the browsing of each one of the ports, but the service that represents browsing and contain these three ports. Another example is the file sharing in Windows networks, where the server listens to the ports 137/TCP, 138/TCP, 139/TCP and 445/TCP. 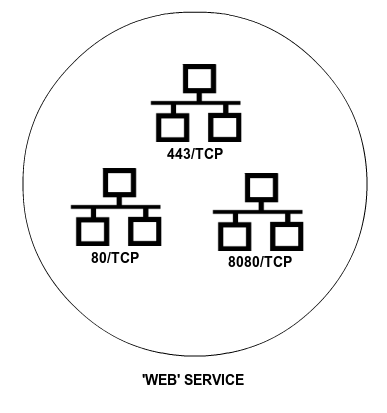 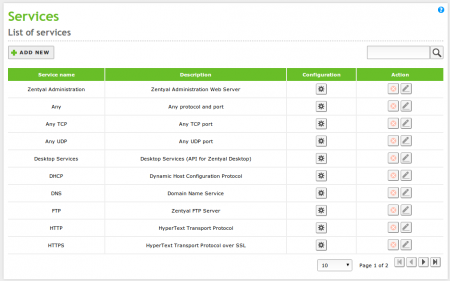